Feed Hunger Now, HIVE Orlando, and USGBC Team Up to Build a Vermiponic System at the WRCC 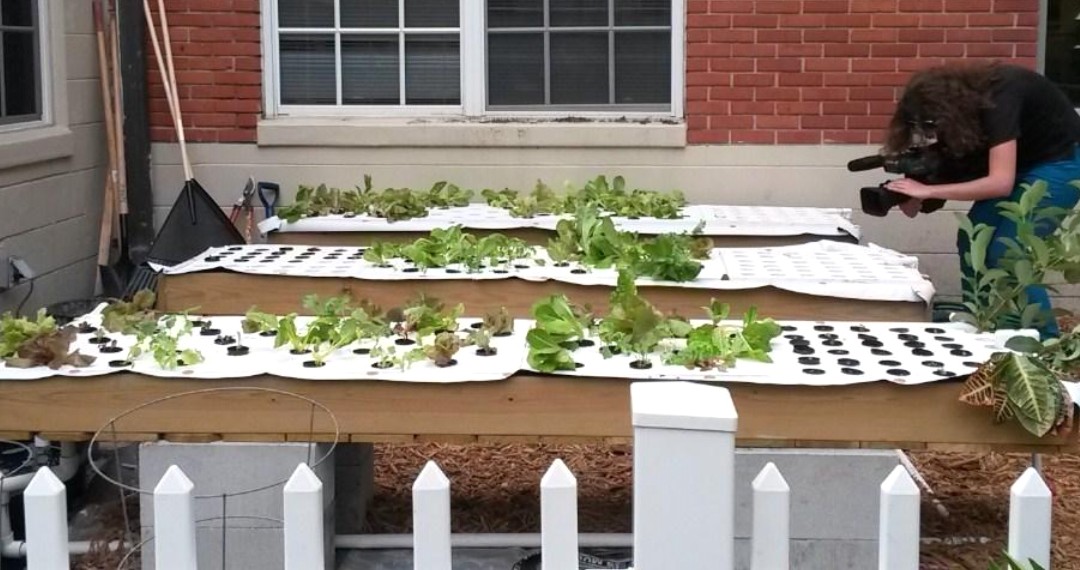 Since the beginning of February 2014, HIVE Orlando and Central Florida’s USGBC chapter have been working together to install raised garden beds at the Women’s Rehabilitation and Counseling Center, one of the many locations associated with the Coalition for the Homeless in Orlando, FL. Jessica Wright, a USGBC member, has been spear heading the raised garden beds project with the goal of educating the residents at the WRCC about nutrition and how to grow their own food.
In March, Feed Hunger Now was brought on board to design, build and install a Vermiponics System that would serve as a ‘Salad Bar’ to supplement the raised garden beds by providing fresh leafy greens and herbs for the WRCC’s residents.
Vermiponics is a spinoff of Aquaponics. With Aquaponics, when the fish poo, the ammonia in that poo goes through the Nitrogen Cycle, with the help of micro bacteria, to nitrites and finally nitrates which plants use to grow healthy and strong. In Vermiponics, worm castings are used as the plant’s nutrient source. Worm castings are made in a compost bin with the help of either Red Wigglers or Black Soldier Flies. No, there are not any actual worms in the Vermiponic system. These worm castings are placed into a cheese cloth which is then placed into the water troughs, thus creating a worm tea that is circulated throughout the entire Vermiponics system. Vermiponic systems, like Aquaponic systems, are closed loop in nature since the water can be continuously reused. Vermiponic systems also have the added benefit of being able to use food scraps, after composting, to supply nutrients to growing plants.
According to Sahib, of Sahib Aquaponics, these types of systems use 10% of the amount of water required in traditional gardening. At Sahib Aquaponics, we have been experimenting with Vermiponic Systems for the past two years with tremendous success.
March 15, 2014 – Build Day at Sahib Aquaponics Research Farm, Winter Park, FL.

On March 15, 2014, Volunteers from IDEAS and Feed Hunger Now came out to build three troughs. Each Trough is 8ft long X 2ft wide X 6in deep for a total growing area of 48ft2. On this day, we also drilled the holes in the floating rafts.